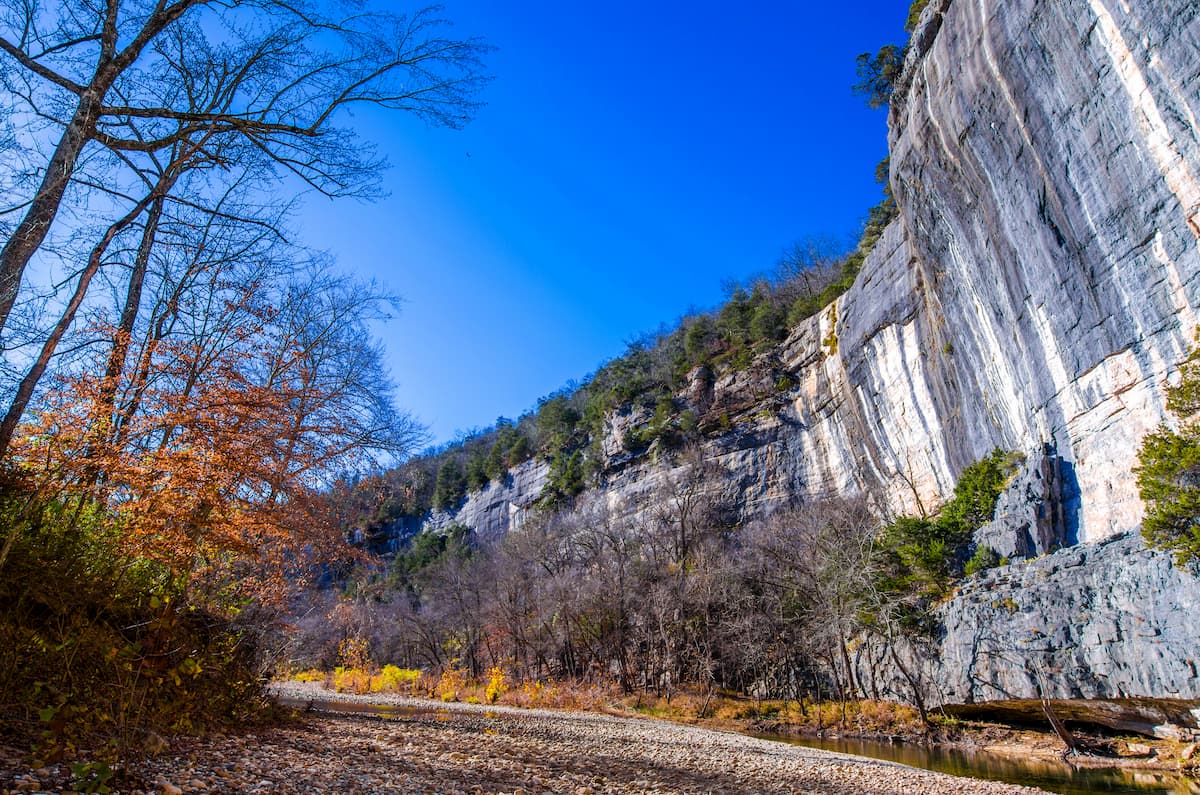 There are a few tried and true places, like the Crescent Hotel and Thorncastle Chapel, that every tourist in Eureka Springs must visit. However, there are many wonderful sights and sounds that many people miss. If the crowds at the popular attractions have you pulling your hair out, there are attractions that are less crowded.

One of many buildings in Eureka Springs listed on the National Register of Historic Places, Quigley’s Castle was built by Elise Quigley during the Great Depression and World War II. She so loved nature that she designed a house that would allow her to be surrounded by nature. Glass was rationed during the war, so the original construction was completed without the 32 windows included in Quigley’s original design. The windows were added after the war. The stones that cover the castle belonged to the collection that Quigley had spent a lifetime acquiring. The garden features over 400 varieties of flowers. Elise Quigley’s granddaughter and her family still live in the castle and open it for tours and picnics from April 1 through October 31. Quigley’s Castle is located on Arkansas 23 South.

In addition to the many historic designations, Eureka Springs is also mentioned in Ripley’s Believe It Or Not more than any other city in the world. St. Elizabeth’s Catholic Church, sandwiched on a tier of land between the Crescent Hotel and the Carnagie Library, is one of the most architecturally unique church’s in the world. Visitor’s enter the chapel through the Bell Tower and walk down a 100 foot sidewalk to enter the main part of the church. The 14 stations of the cross are depicted in Italian Marble on the right hand side of the walkway. The altar and several statues are from the first Catholic Church in the town. Visits are free.

Spring Break on the Oregon Coast: Disaster or Adventure?

Author Mary GarciaPosted on October 20, 2020May 19, 2021
We packed our Jayflight trailer, dreaming of an idyllic week filled with sand, surf, tide pools, and steaming pots of succulent Dungeness crab. The...
Read More

Travel Guide to the Most Important City of the Dominican Republic

Author Mary GarciaPosted on May 10, 2020May 26, 2021
The most important city of the Valley of El Cibao in the Dominican Republic is Santiago de los Caballeros (Santiago of the Gentlemen). The...
Read More

Digital Marketing
Author Mary GarciaPosted on December 31, 2020June 10, 2021
In the current world, a lot of people prefer to run their own business but sometimes they do not know how to promote and...
Read More

Family & Relationship
Author Mary GarciaPosted on October 20, 2020June 10, 2021
Among every living thing, you can able to see love bonding. Without love, nobody survives in this world. A man can’t live lonely for...
Read More